Wortox: Which would you choose? 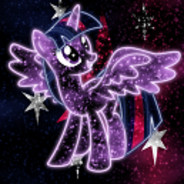 By BezKa,
July 15 in [Don't Starve Together] Beta Branch

Out of these two, choose the one you prefer.