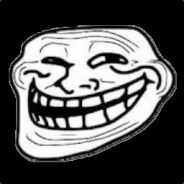 By Cloakingsumo198,
December 31, 2021 in [Don't Starve Together] General Discussion

This poll is an agreement between everyone choosing to take part.