What determined the color of players' name? 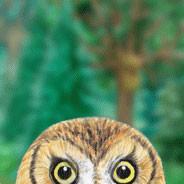 By renamoe,
March 17, 2021 in [Don't Starve Together] General Discussion