Do Winona really need another rework? 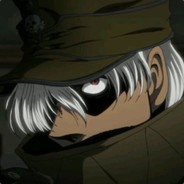 By NekoSoulx,
December 22, 2020 in [Don't Starve Together] General Discussion