Power distribution with battery on load side 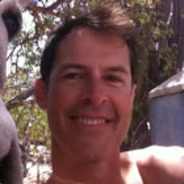