rot Beyond the veil - What should the final RoT update be and what will be after it? 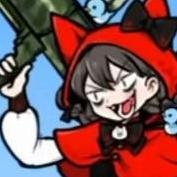 By bruhmoment23,
April 2, 2020 in [Don't Starve Together] General Discussion