A neural network writes the next Don't Starve Together 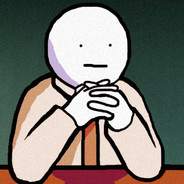 By HereBeJimbo,
June 18, 2019 in [Don't Starve Together] General Discussion