Can't seem to get anywhere in space.. 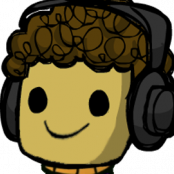 By kurzaen,
November 8, 2018 in [Oxygen Not Included] - General Discussion