Should there be more vegetarian recipes? 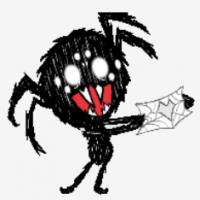 By EighteenXVIII,
May 31, 2022 in [Don't Starve Together] General Discussion