Radiation inside rockets is silly 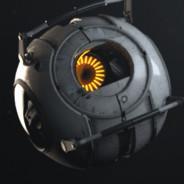 By sirnumbskull,
April 8 in [Oxygen Not Included] - General Discussion