what about two playable versions of a character? 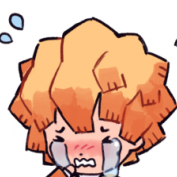 By thistownneedsguns,
March 17, 2020 in [Don't Starve Together] General Discussion