Can zombie spores be actually usefull? 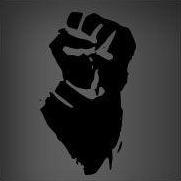 By Angpaur,
November 28, 2019 in [Oxygen Not Included] - General Discussion