My "No Wheez, no AETN" Challenge Base 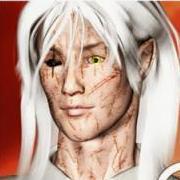 By GemeinerJack,
April 1, 2019 in [Oxygen Not Included] - General Discussion