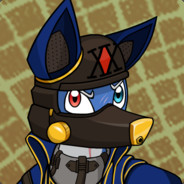 Warning this mod uses some language and graphic quotes, if you do not approve then don't download.

You play as the whaler from dishonored (after the events anyway) who's taking a chance to make as much gold as he can before his powers fade away forever. More lore here that's being overlooked and you really just want to just jump to his stats and abilities (jeeze I spent over a month working on this man).

Supernatural Powers:
+You have access to 8 different powers that give you the edge over your enemies and frankly your fellow players.
~Many powers require the Prestihatitator for the first tier of upgrades and the shadow manipulator for the second tier
-Your powers run off of sanity, so once you reach below 100 sanity you can't use them anymore

Assassin:
-You start off with 100 hitpoints and won't last long in combat
-HUGE DISADVANTAGE: You prefer to be lightweight and fast, thus you reject many armors, weapons, headwear, and statue parts to carry or wield. Limiting your choices severely! (Its recommended to be experienced in order to survive)

The End:
-You didn't get here by normal means, and the (dst) world knows that. Once you die the world will get rid of you and return you the character select screen without the whaler being an option. Your mission is a high reward and high risk afterall, you could restart the server and rollback but if you die a lot this disadvantage will get to you. (This disadvantage also makes death meaningful again).

Notes: The mod will conflict with anything trying to tell health of mobs as the summoned assassin's aren't in their recorded lists. Strangely the game crashes upon closing it down but there's no error in the report, whether this is concerning is unknown as the game has no problems starting up and loading the character.

it is recommended to add this mod for maximum use of all items:

https://steamcommunity.com/workshop/filedetails/?id=375850593
Updates: Unknown at this time.

Will this mod be on don...*covers your mouth* Let me make it clear that I'm not going to waste my time on the single player due to the pushback on the stalker mod and quite frankly that game's player base is dwindling more and more. I could say more negative reasons but I'll hold back.

My other work:
http://steamcommunity.com/sharedfiles/filedetails/?id=371705488

Special thanks once more to mr Saval for the artwork, mindmaster for ai experimentation, Arkane Studios for the character and music, and thanks from the musha mod that inspired some of the code.