How is everyone else dealing with the update cycle? 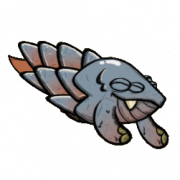 By TheScaryOne,
April 4, 2018 in [Oxygen Not Included] - General Discussion