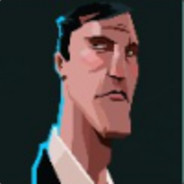 By Cyberboy2000, October 3, 2015 in [Invisible, Inc.] General Discussion and Strategies