some kind of moon themed skin set for all characters 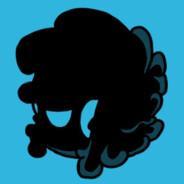 By yourAnty,
June 3, 2021 in [Don't Starve Together] General Discussion