we will get QoL updates.. But why they never find solution for ??? ping 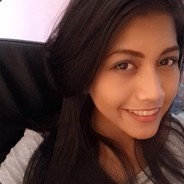 By prettynuggets,
February 26, 2021 in [Don't Starve Together] General Discussion