On Electric Damage (and beefalo) 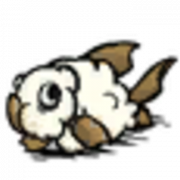 By Bluepufferfish,
December 5, 2020 in [Don't Starve Together] General Discussion