no walrus camps are being created since patch? 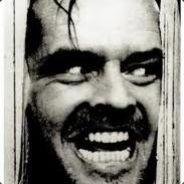 By vvjacobo,
November 21, 2021 in [Don't Starve Together] General Discussion