Can a Beeta Hive be moved? 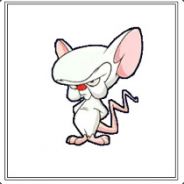 By SchlauFuchs,
April 5, 2021 in [Oxygen Not Included: Spaced Out!] - General Discussion