Okay, so herds (and relocating them) 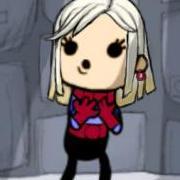 By Ellilea,
December 19, 2019 in [Don't Starve Together] General Discussion