suggestion [Suggestion] Waves further out in the sea 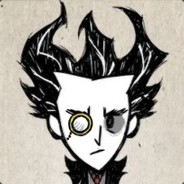 What do you think about the idea? (PLEASE read it first before you vote)