Wall covers, LEDs and other doodads 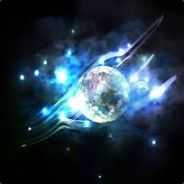 By Craftcoat,
January 28, 2019 in [Oxygen Not Included] - Suggestions and Feedback