Matter is still vanishing into the void.

Gas test chambers after one cycle (started with 36*1000g oxygen): 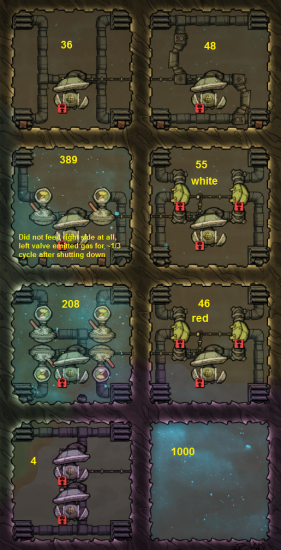 TL;DR: The issue with disappearing matter inside plumbing is not yet fixed.

Updated title to reflect that it's still happening in the current version.

Steps to Reproduce
Load the save, turn on the switches, wait a moment.
Sign in to follow this
Followers 2
Go to bugs