[Nintendo Switch] Any updates on the patch? 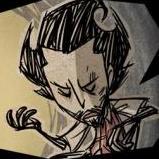