The Exspilement: self-powered Experiment 52B tamer 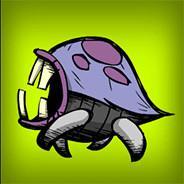 By Fradow,
February 28 in [Oxygen Not Included: Spaced Out!] - General Discussion