I think I finally got over with Warbucks 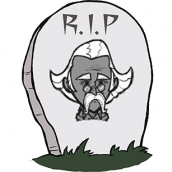