I just thought of something... 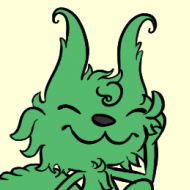 By Terra_Zina,
December 3, 2019 in [Don't Starve Together] General Discussion