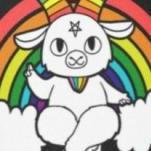 Remove the ability to light most structures on fire

By Thieverpedia, October 14, 2019 in [Don't Starve Together] Suggestions and Feedback