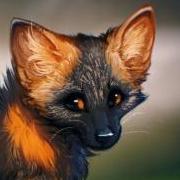 Kodi for all (DLC)

All parameters except the character’s speed can be adjusted when creating the world.

The character has a custom voice.

Kodi grows fur that can be trimmed and used in crafting his special items. Clipping wool restores 10 sanity. Kodi has 3 states: 1. In which Kodi is with normal hair and does not have any buffs or negative effects. 2. Kodi has grown a little wool, the resistance to cold increases and the resistance to high temperatures decreases, begins to overheat faster and takes damage if overheated above 60 degrees. 3. Kodi has grown his coat a lot, he overheats even faster, resistance to cold is stronger than the previous one, begins to take damage when the temperature reaches above 55 degrees.

*Fear of the dark.

In the evening and at night. Sanity decreases faster than other characters.

- You can change the look at any time with the (Z) key.

- In the mod’s settings, you can select another key.

- Upon transition to a normal appearance, sanity is restored (+10).

- Recovery of life upon impact (5)

- Can be created on the shadow manipulator.

A kitsune mask is a special and difficult item available only to Kodi. The mask absorbs 10% of all incoming damage while wearing, slows down the depletion of hunger by 50%, when worn, the mask takes away 15 sanity, and also passively restores sanity during the day. When removed, it takes 5 life units. It has an active ability for disguise, when activated, it spends 10 sanity, and absorbs all incoming damage, even Charlie's attack in the dark, in exchange for the durability of the mask itself.

- Used in creating other things.

- Used in creating other things.

Minor text fixes, also added a link to the mod on the Klei forum.