I made a nifty thing. 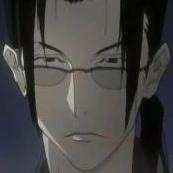 By Whispershade,
July 7, 2017 in [Oxygen Not Included] - General Discussion