Chorusbox circuit, wetness, 100 base stats and such ! 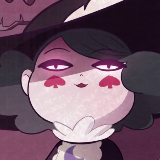 By Rafi.,
April 18 in [Don't Starve Together] Beta Branch