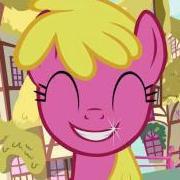 By kilobit,
June 22, 2021 in [Don't Starve Together] General Discussion

Do you think Maxwell's ingame appearance should be altered to better reflect his official art?