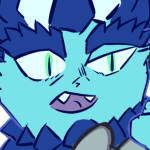 The previous nightlight buff was not good enough

By Frosty_Mentos, January 28, 2021 in [Don't Starve Together] Suggestions and Feedback