Self-Sealing Airlocks should be Vanilla 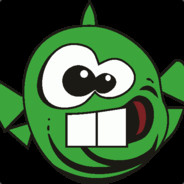 By varkarrus,
June 20, 2019 in [Oxygen Not Included] - Suggestions and Feedback