PLEASE make it so dupes dont drop things for no reason 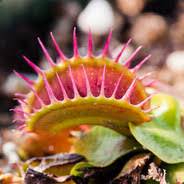 By Flytrap,
January 11, 2019 in [Oxygen Not Included] - Suggestions and Feedback