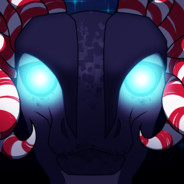 Add my character: Takes-the-Shot to Don't Starve Together.

She's an Argonian far from home. The last thing she remembers is a shadowy figure offering to help her after a wolf attack went sour. While her wounds were healed, she's now stuck in these strange lands with seemingly no way out.

Her very own custom instrument! (It's a toy saxophone)

While she may not act like one, Takes-the-Shot is an Argonian, a race of reptilian people native to the swamps of Black Marsh. This means she's more vulnerable to cold, taking triple freezing damage, when her body temperature drops below 5 her sanity will start dropping and her body will slow down, slowing both her metabolism and speed.

Though while a human will have a better time surviving Winter, she's much more comfortable when it comes to rain. Sanity penalties from wetness and equipping wet items doesn't bother her in the slightest! (Though she will still get wet - she's wearing clothes after all!)

Oh, and don't tell her parents; but she shares the traditional Argonian love for insect cuisine! She'll gain more sanity from eating any bug-based food item.

While it may not looks like it, Takes-the-Shot is an aspiring thief and ne'er-do-well and has some of the outfit to match! Hitting the configurable key ('Z' by default) will pull up her hood from off her back. While she obviously can't wear to pieces of headgear at once, the hood does have some benefits. It has 50% damage resistance, and an insulation value of 60 and the best thing is, it'll never run out of durability!

In addition, while she may be a bit wimpy (-25% damage), under the cover of dusk she'll fight just fine. But when it's nighttime, she'll can hit enemies with a sneak attack, dealing 25% more damage than at dusk! This attack bonus even works in the caves!

Grows a hideous plume of feathers:

Takes-the-Shot may look bald, but it's actually just dedication to keeping her head feather-free. As the days go on without 'shaving' she'll start growing ugly pink feathers. While on her, they only serve to upset her and damage her sanity, with the toll on her mind getting greater the more they grow. The may seem useless at first, but I'm sure the Saxhleel would have a way to make use of them...

Thank you to Puff_JOOB for several helpful bug reports!

Thanks you to Pinyaps for telling me about the wetness related sanity-loss bug!

And a massive shout out to https://twitter.com/grimefeast for making the fantastic character portrait and beta testing! You're the best!

*Tidied up some redundant code