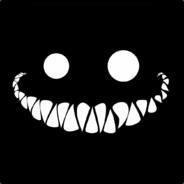 hey there. i've returned to the game after a couple of years and i am having serious trouble with constant freezes or crashes. i didn't manage to find the culprit, since i'm just normally playing (it happens at any time during the cycle, it seems i can be doing whatever, even paused!). what normally happens is the game stutters for a couple of seconds and - if i don't manage to Alt+Tab and force close it quickly - it freezes my entire system. the mouse cursor get really slow and i can't do anything else besides forcing power off and restart the OS

on some rare occasions, after the stutter, the game begins to freeze but crashes after 1 or 2 seconds, so i don't know if it is the same fault coming to another conclusion or another problem altogether

otherwise, the game is very running smoothly. i didn't manage to make a big base yet, i usually play with just a few dupes, didn't explore much. on the current game i'm on cycle 110 or so, 6 dupes only. today i had 3 of these freezes in a row and finally decided to ask for support.

some versions ago, when i used to play the game, the only problem i had was falling frame rate nearing the endgame, which is normal given my system, i think, but never had these kind of game-breaking freezes/crashes

here are my system specs:

it's frustrating because i came back since a long time ago, was enjoying the new stuff in the game and have what feels like the best base i've ever made up to now (still quite early game but keeping slow and organized so i don't melt my brain before i melt the cpu ahah)

one thing i didn't try yet was running through proton, in steam, but for some reason when i load the game this way i have no saved games so i didn't try to play. i think i noticed a slight lag in the menu which i guess is normal but i can just play the native version

i had already played it before on manjaro linux without a problem, as i said before


just normally playing the game. the freezes seem random, can happen at any time during the cycle, while saving/loading the game or even while paused, just looking at something in the base