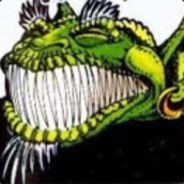 Hit cycle 400 with only using the hamster wheels for power, as of yet I still have not gotten the achievement for generating 240,000kJ of power, though there is no way to see how much I have produced so far that I can find.

The Reports/Graphs stop at cycle 256.  Looking back over the daily reports, I am averaging 1,000+kJ of power, though the first 100 maybe not that much.

I will keep running with manual generators and the small solar arrays I have and see if it changes, but I am pretty sure this should have already ticked off.

Another not about achievements, I will get the popup that I have completed a new one, but I have to save and reload to see it checked off, most times.

Edit: update: I have attached two saves, the original one and my test world to try to speed through the generation of power manually and hydrogen.

I noticed on the forums that someone else said that they did not achieve this until much higher cycles, which got me to thinking that perhaps there is a misunderstanding of the achievement, and the difference between kj and kJ, though it is not easy to tell the difference with the font, maybe?  Reaching here, but also curious.  In the game it starts to report as mJ, so perhaps a typo for the achievement?

Steps to Reproduce
Manual generators and many batteries, does not seem to update the achievement, or perhaps the tip is wrong, and this has to be done before cycle #X?
Sign in to follow this
Followers 3
Go to bugs