I'm enjoying Hamlet so much I want to complain 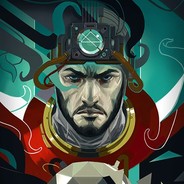 By chiconuclear,
November 27, 2018 in Early Access - Suggestions and Feedback