is it possible to make a world that doesn't branch 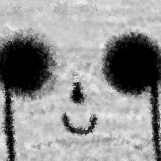 By pamella,
November 10, 2018 in [Don't Starve Together] General Discussion