Griefing Rollback and other Shenanigans 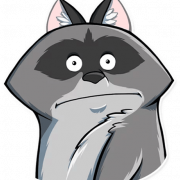 By RetRunt,
June 13 in [Don't Starve Together] General Discussion