A button to load mods from saves 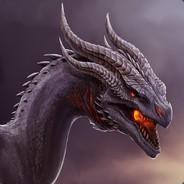 By Miningdragon,
April 29 in [Oxygen Not Included] - Suggestions and Feedback