Return of Them Boss idea 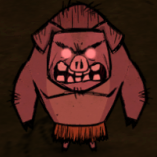