Sal negotiation too difficult after update 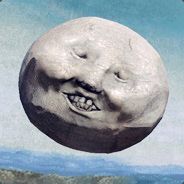 By baboonanza,
December 15, 2020 in [Griftlands] - Suggestions and Feedback