Why do characters attack sea weeds when they have an Oar out? 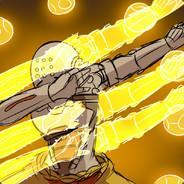 By Bellium,
July 19, 2020 in [Don't Starve Together] General Discussion