Merm King should be harder (or impossible ) to attack 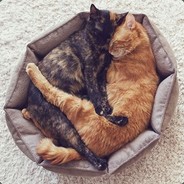 By amishwarlord,
May 10, 2020 in [Don't Starve Together] General Discussion