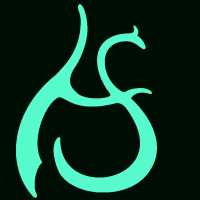 A redesign of Wendy's Ecthobology

By Hagenso, March 31, 2020 in [Don't Starve Together] Suggestions and Feedback