Realism in ONI database, fact check and is it worth it ? 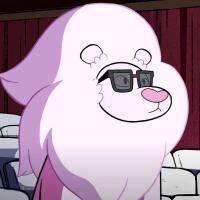 By JackieMacrois,
March 2, 2020 in [Oxygen Not Included] - General Discussion